The annual Guadalajara International Book Fair (Feria Internacional del Libro de Guadalajara) is the second largest book fair in the world and one of the largest cultural events in Latin America. Los Angeles was its Guest of Honor – and its pavilion would project the city’s identity for the nine days of the fair. The guiding theme was innovation – a theme common to L.A.’s artistic, cultural, commercial, and developmental history. Designed to embody innovation, rather than display it, the pavilion’s ephemeral, atmospheric environment communicated the spirit of this elusive, ever-changing City.

The second iconic element was a 100-foot long interactive “Author Wall,” on which were projected the names of over 220 writers whose work has illuminated and defined Los Angeles over the years. A large touchscreen in the center of the Pavilion allowed visitors to control the moving wall text, which included biographies and quotations from each author in both English and Spanish. 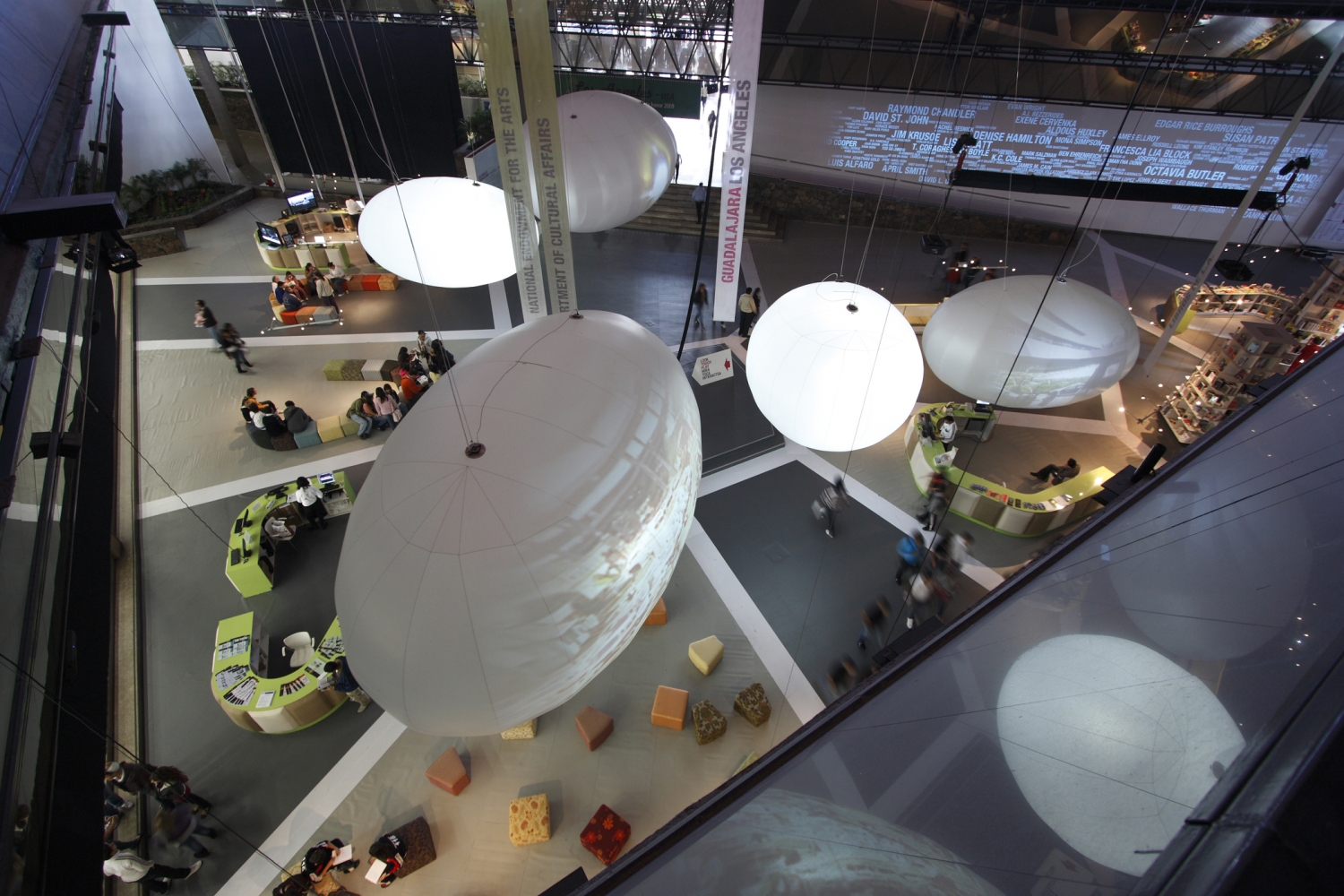 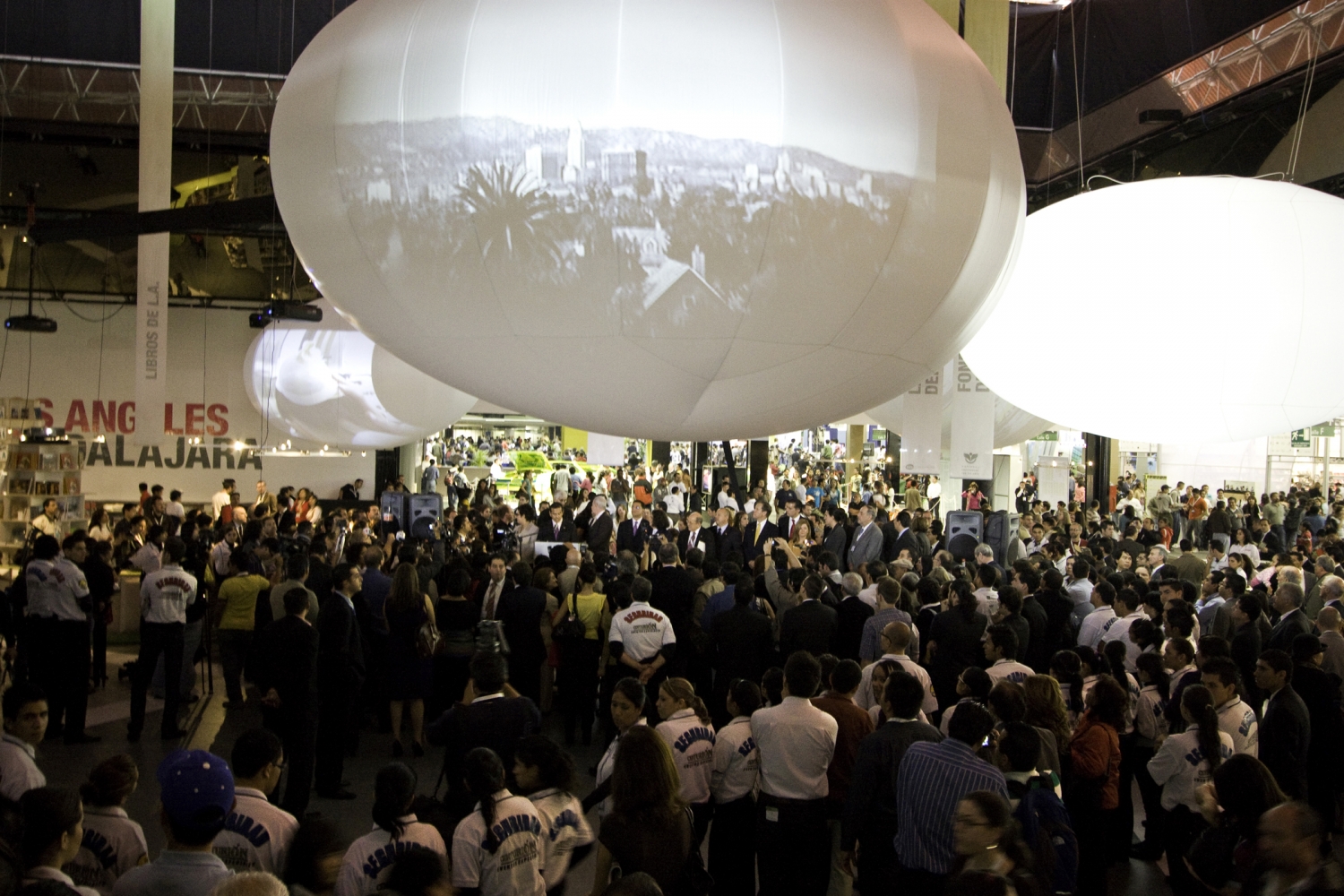 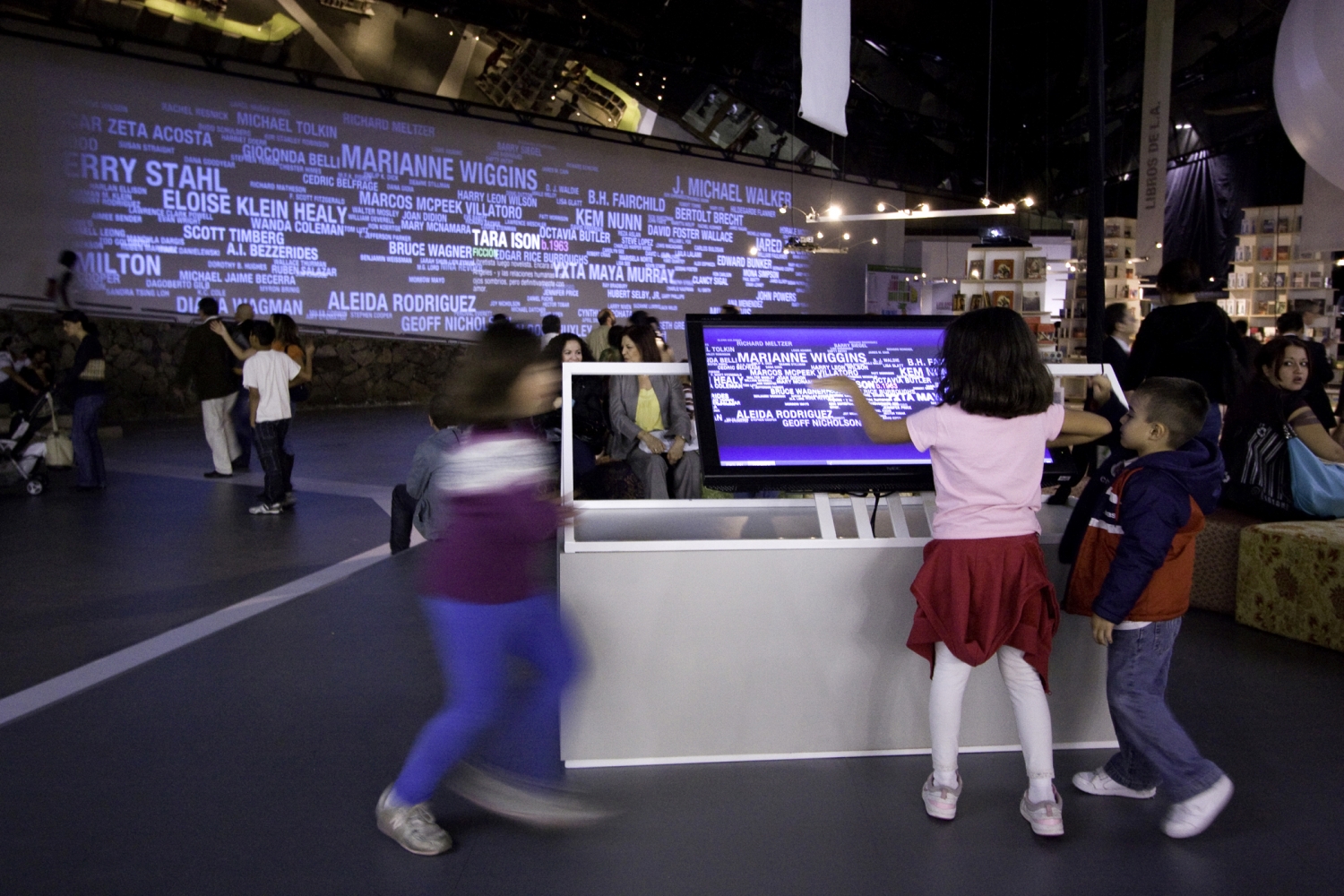 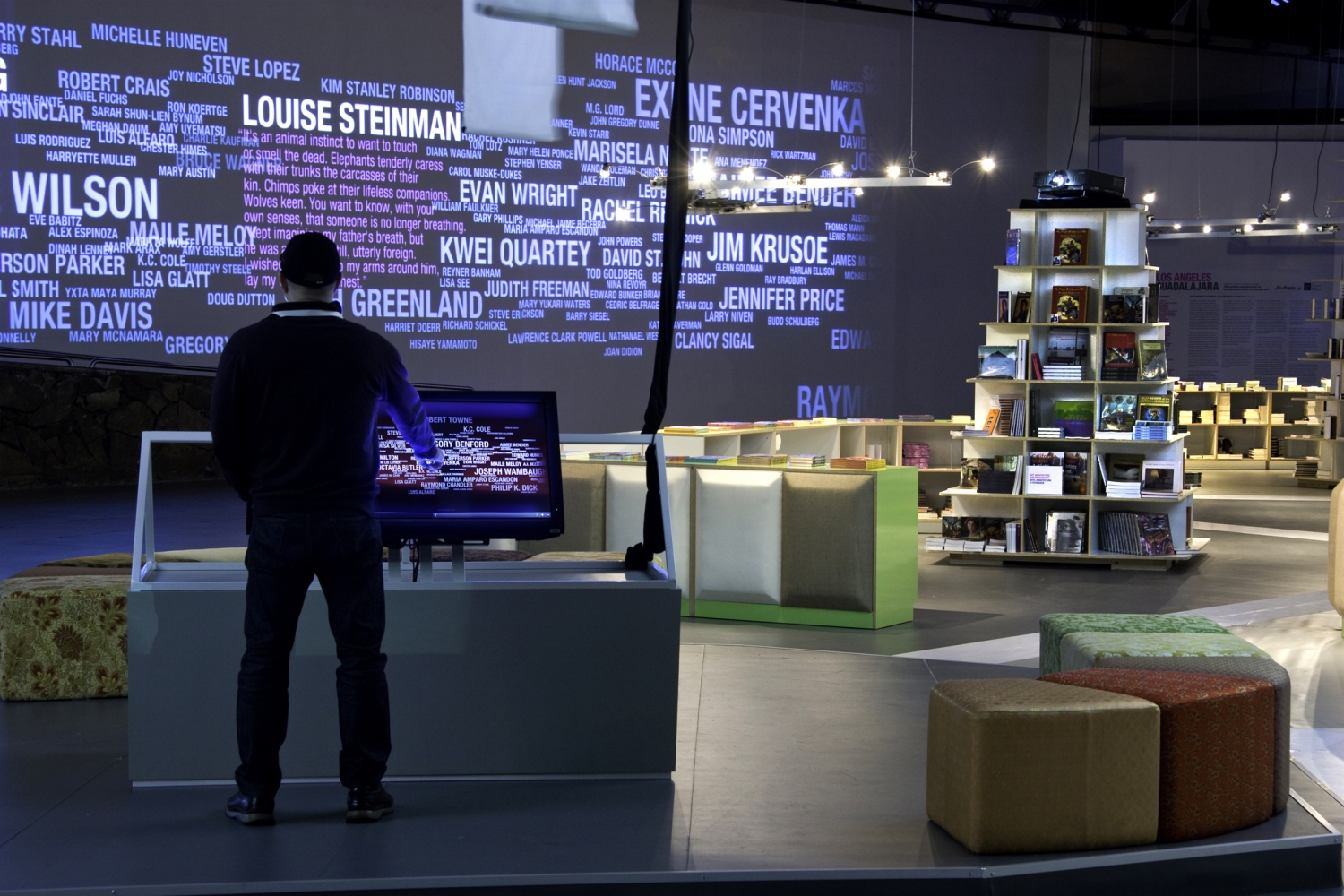 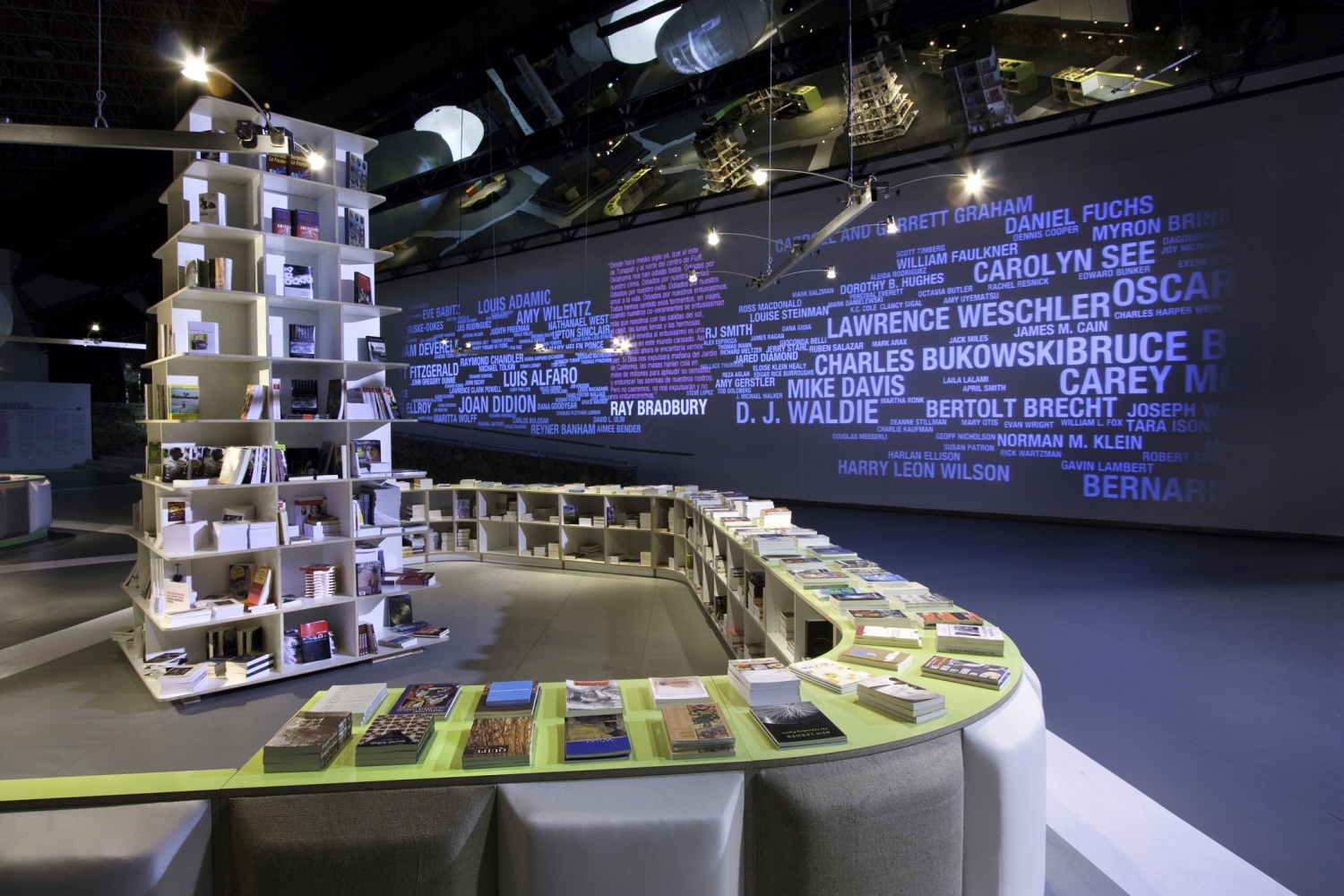 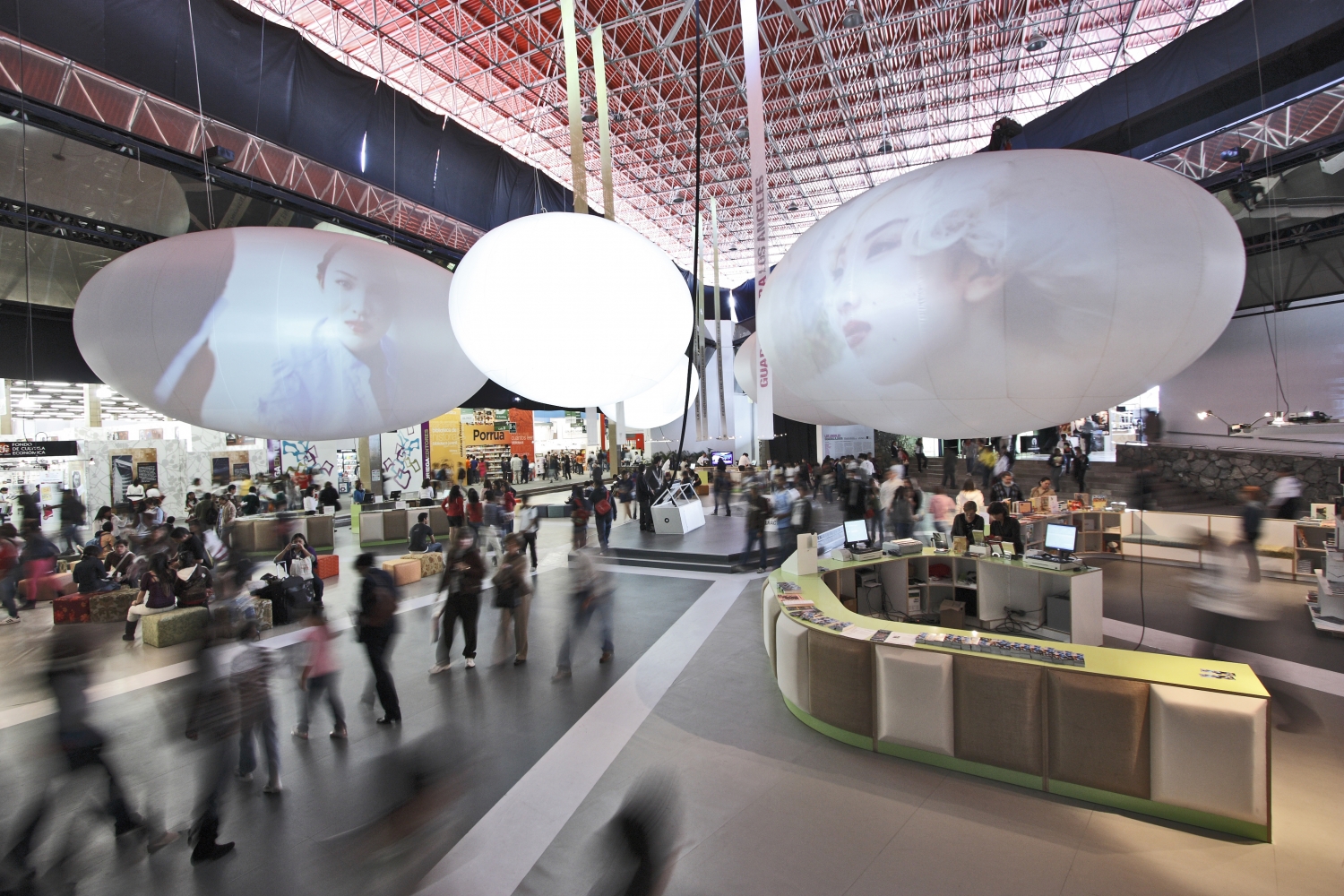 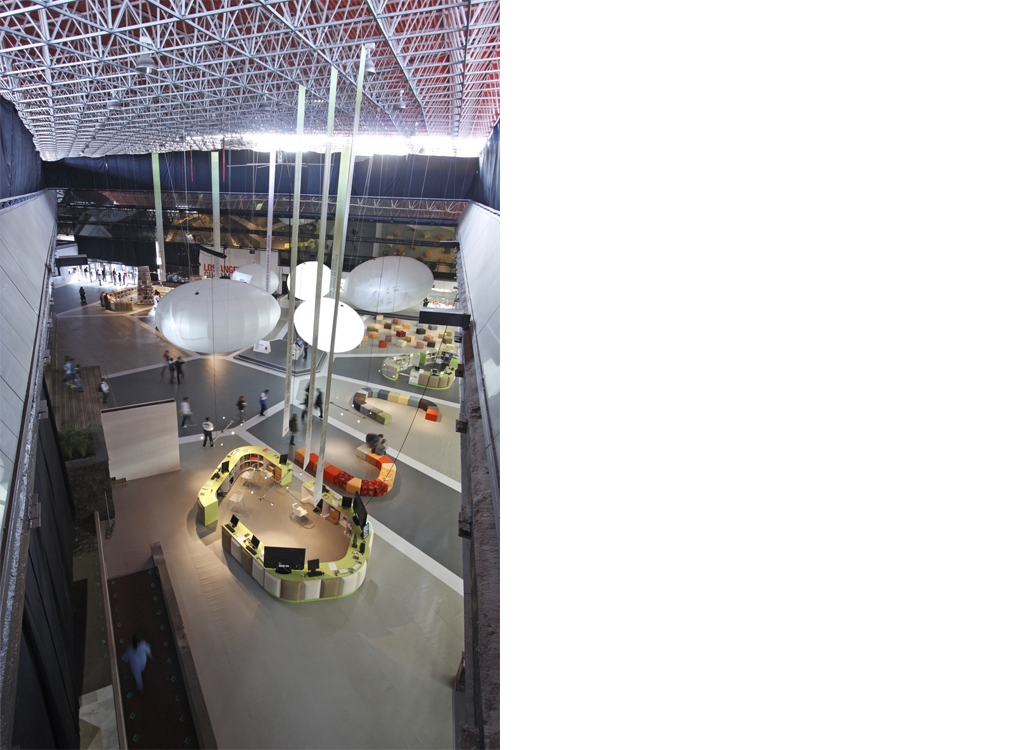