Vision:  In 1992, Dr. Barbara Lewis, the current head of the Women’s Congregation of the New Antioch Church of God in Christ, had a vision:  God came to her and said that she must build a home where the low-income elderly of her community could live out their lives safely and peacefully. Hale-Morris-Lewis Manor (HML) is the result of this vision.

Oasis:  Located in South Los Angeles, less than half a mile from where the 1992 riots started on a street known as “Blood Alley,” the clean lines and white facades of this 33,000 square foot housing project were designed to counter this negative image.  On two sides of a shallow “U” shape, 41light-filled units surround a centralized garden. The third wing, separated from the first two by a spatially dynamic lobby, contains two connected community rooms, one of which serves informally as a chapel.

Paradise:  In order to allow the project’s residents to reconnect with a safe, protected environment, the project’s public spaces open directly onto the garden.  A covered patio directly outside the lobby includes a large palm tree reaching up to the sky through a hole in the roof.

See the Light: The public spaces are suffused with natural light from an abundance of windows and skylights.  These provide an ever-changing quality of light that creates a place of respite and a feeling of sanctuary. 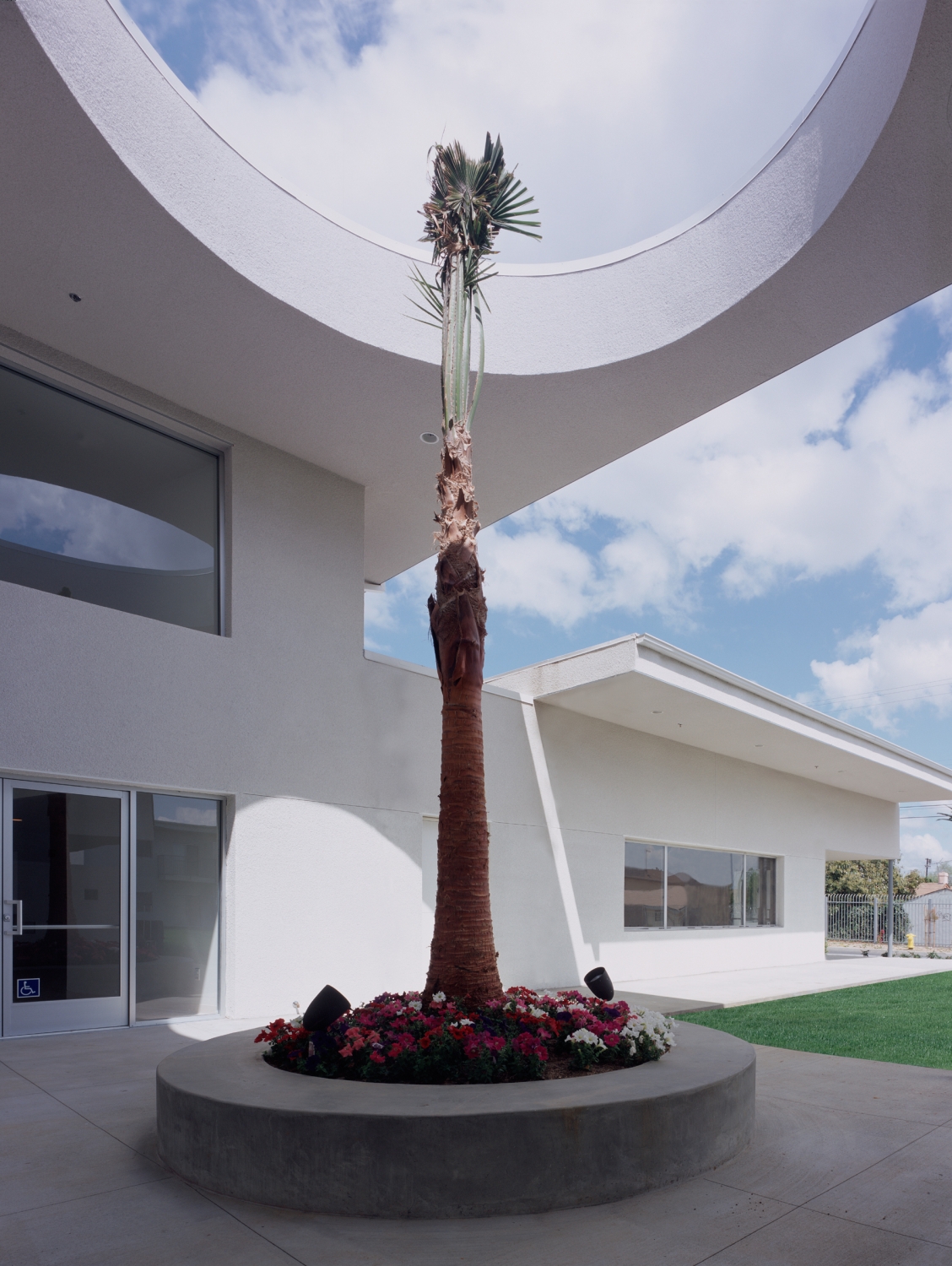 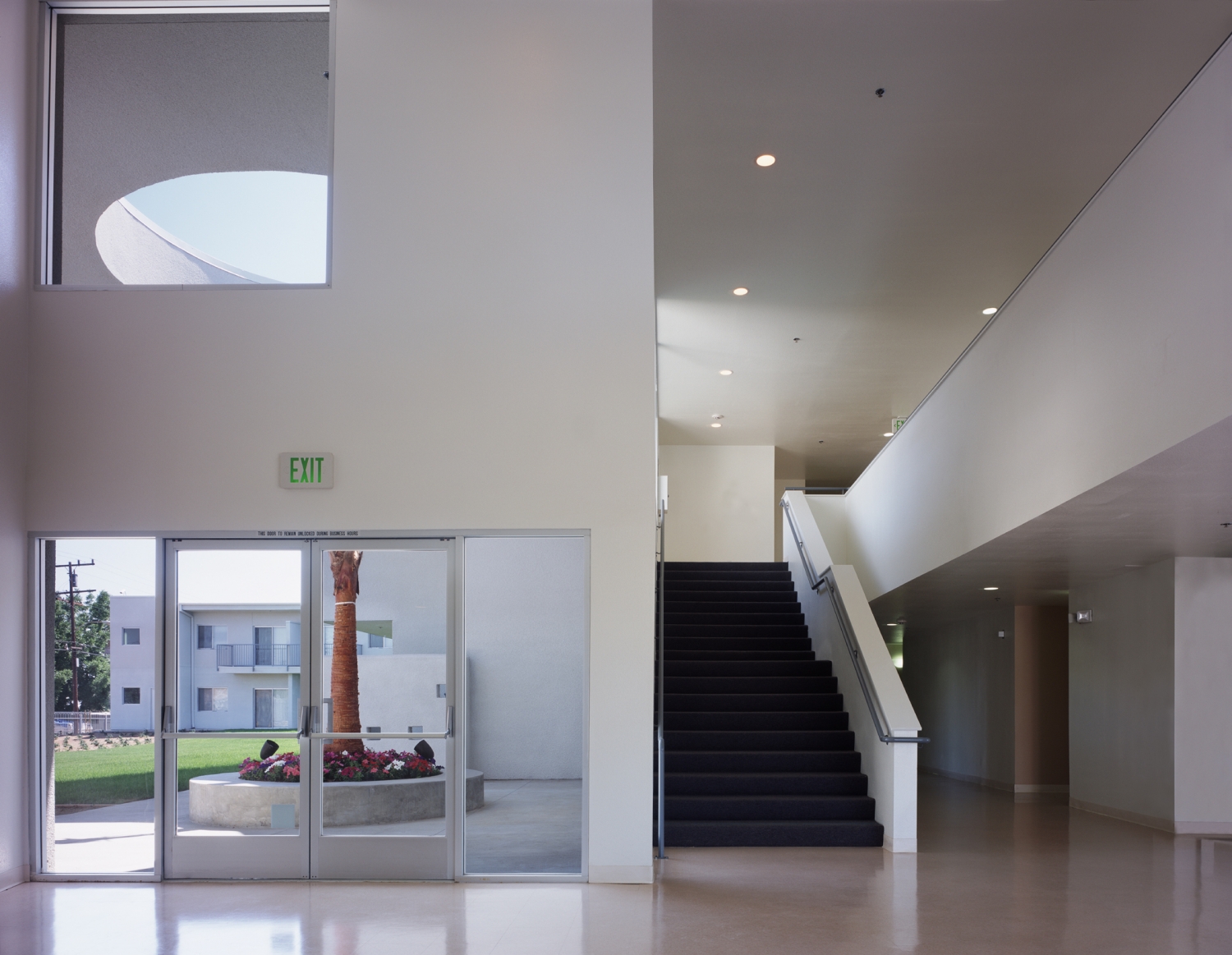 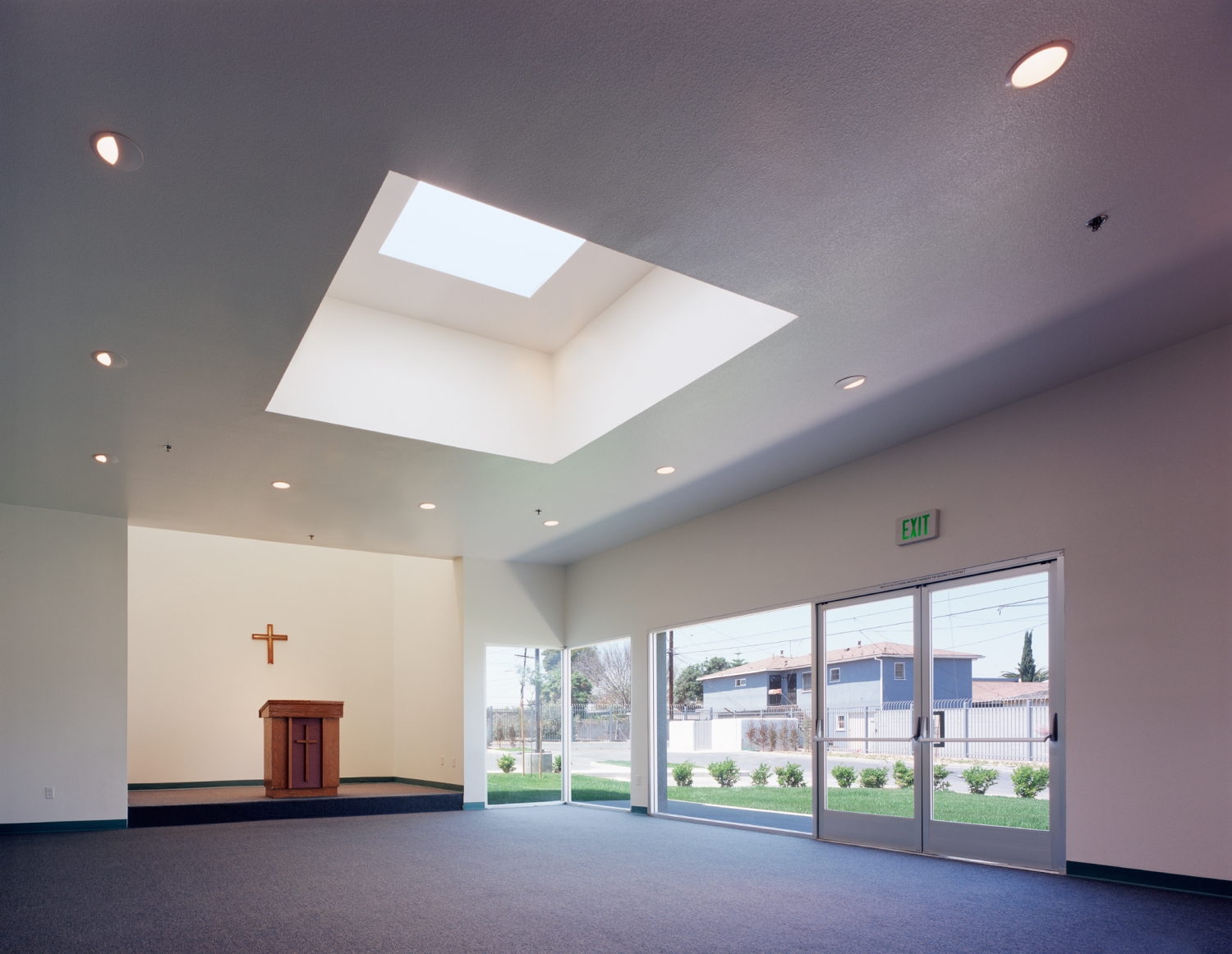 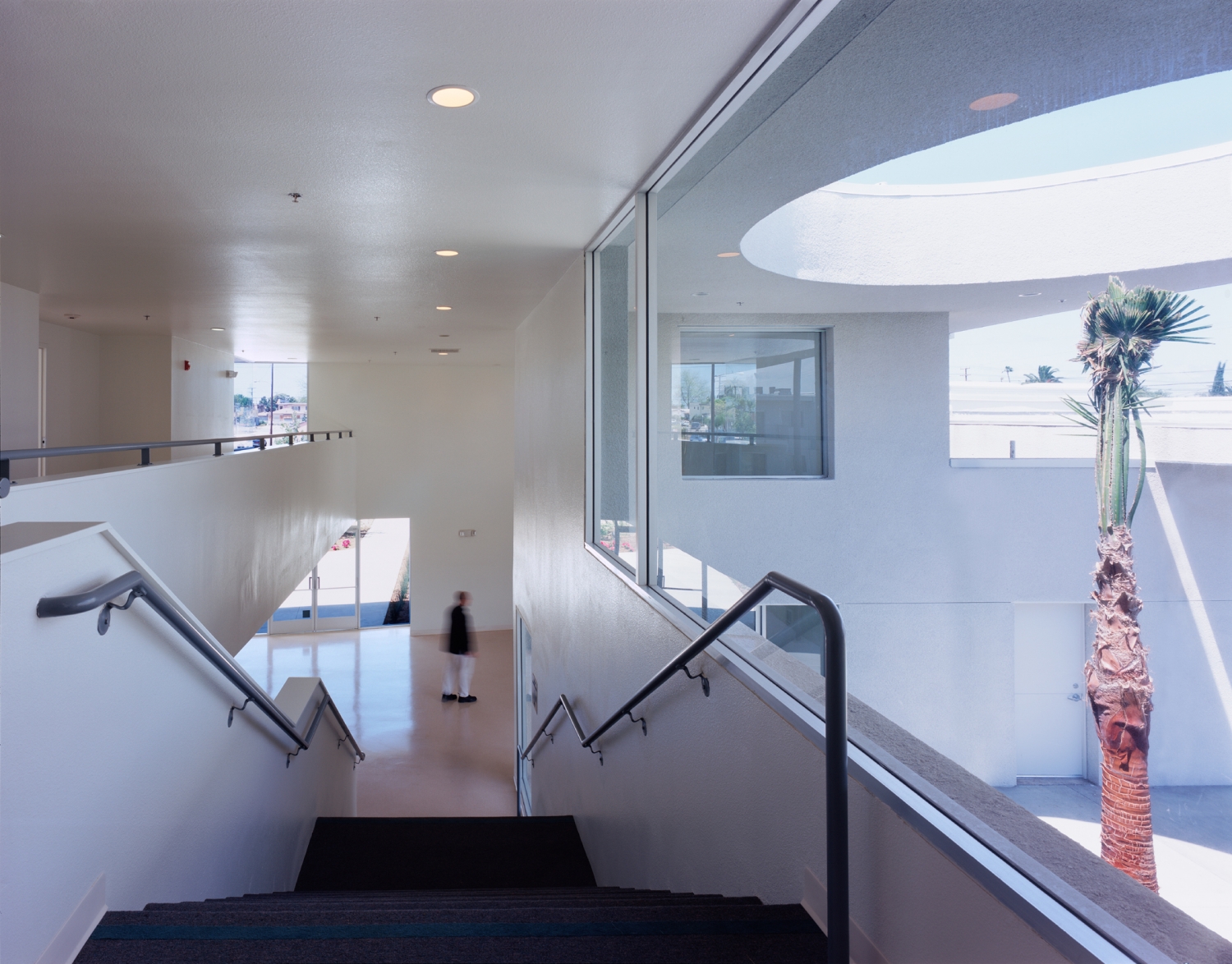 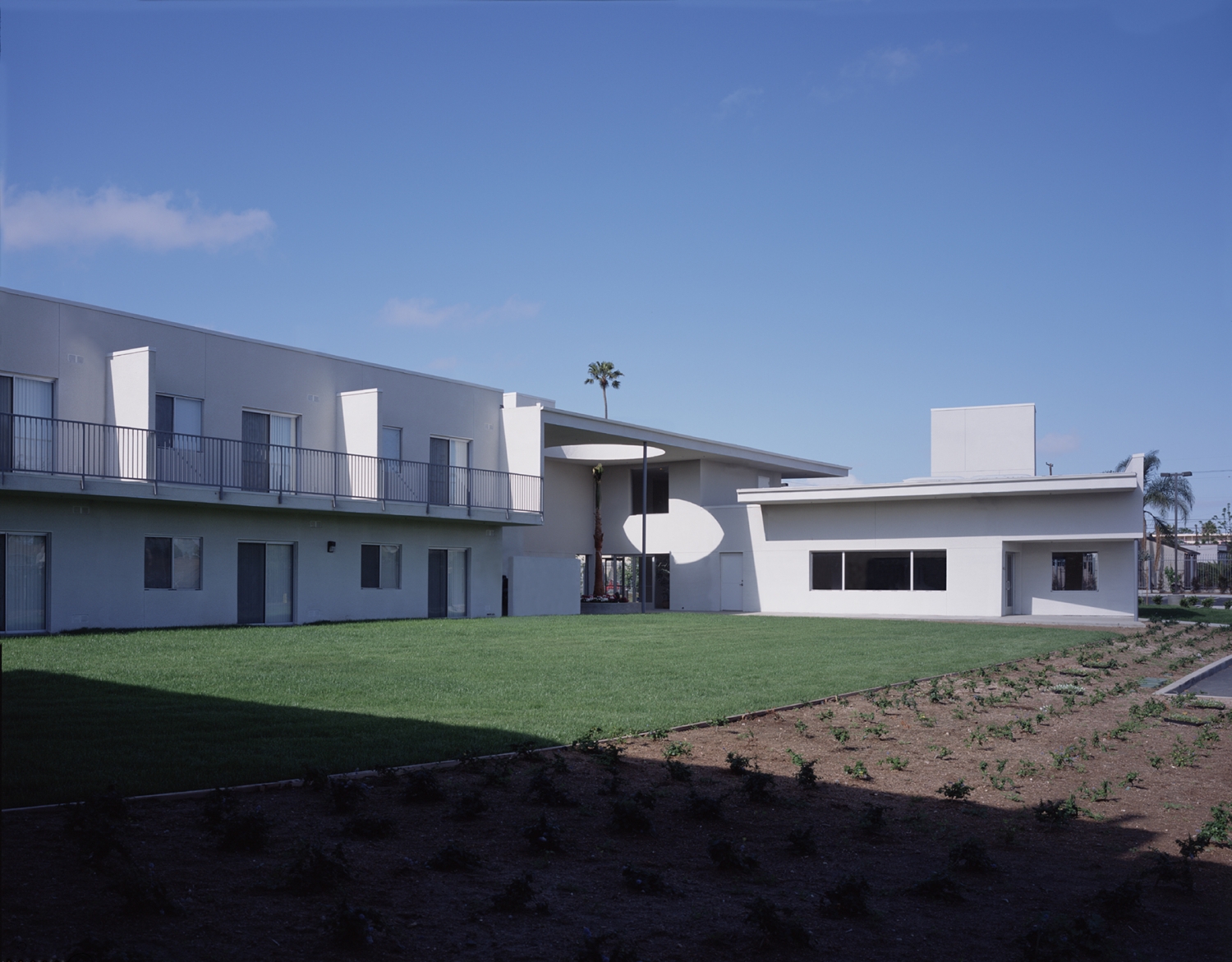