The Koreatown gateway will mark a symbolic passage through Koreatown, one of LA’s most culturally rich neighborhoods.

Los Angeles is defined by cultural diversity, vibrancy, and constant innovation across all platforms. Korea is at the forefront of technological advances, has a sophisticated tradition in the arts, and is home to a highly globalized society. The new Koreatown Gateway was conceived as a marker of Korean identity within Los Angeles, embodying innovation, “transformed tradition,” global identity, and unity.

The structure draws upon inspirations ranging from traditional Korean tightrope walking, the elegance of the Korean alphabet character that signifies Korea (Koryo), traditional Korean architectural / natural forms, the deep-rooted and intensive use of color that manifests itself in traditional Korean dress and architecture, and the ubiquitous LED installations dotted throughout Seoul. A structural system comprised of two steel supports holds a cabled surface canopy, which carries an easily-maintained, programmable LED array.

At a site that already houses a traditional Korean pavilion (Dah Wool Jung) and courtyard (Madang), a senior center, and traditional patterned crosswalks, the new Koreatown Gateway will reference tradition while embodying the technological innovation, global spirit, and flexibility that characterize both Angeleno and Korean cultures. 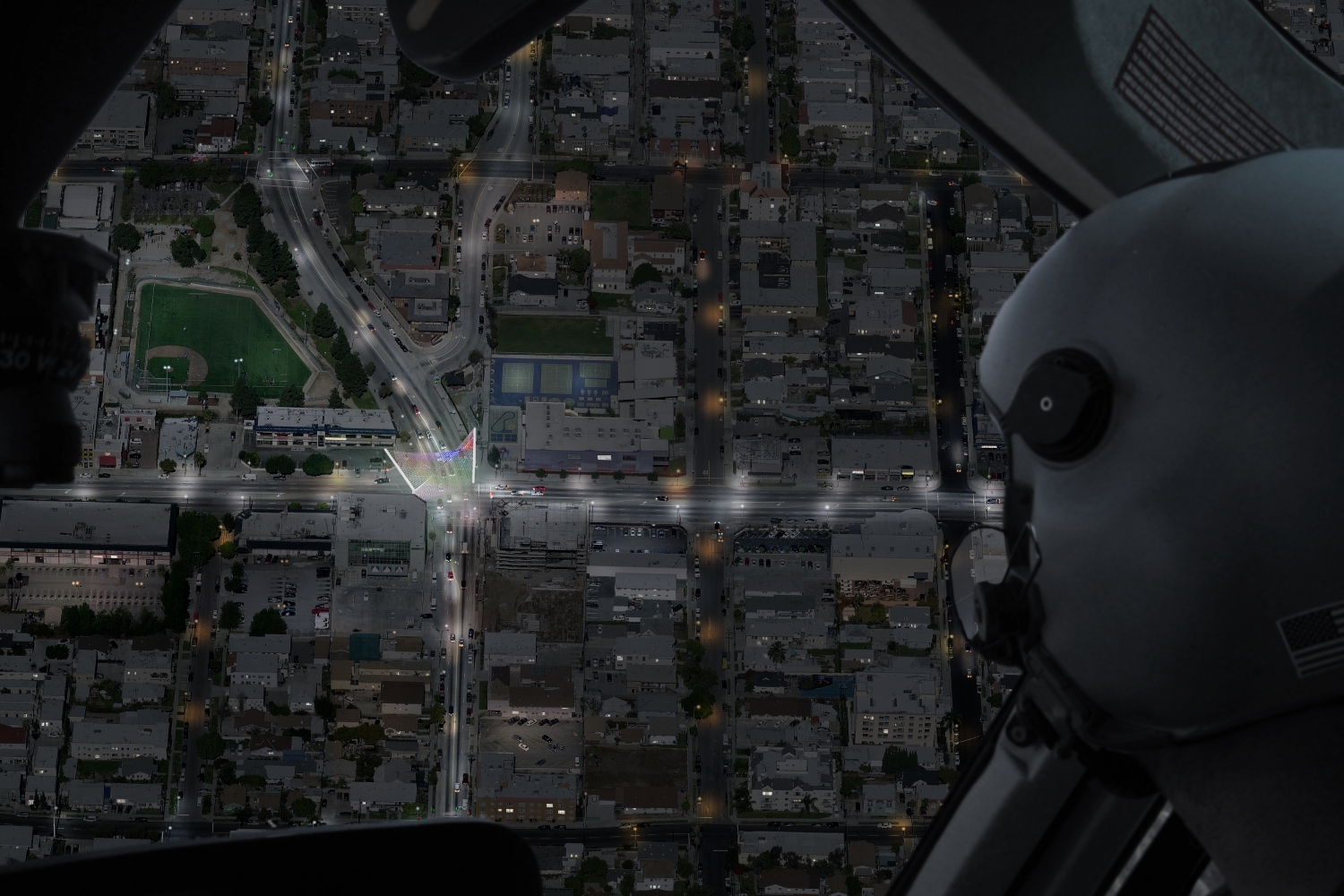 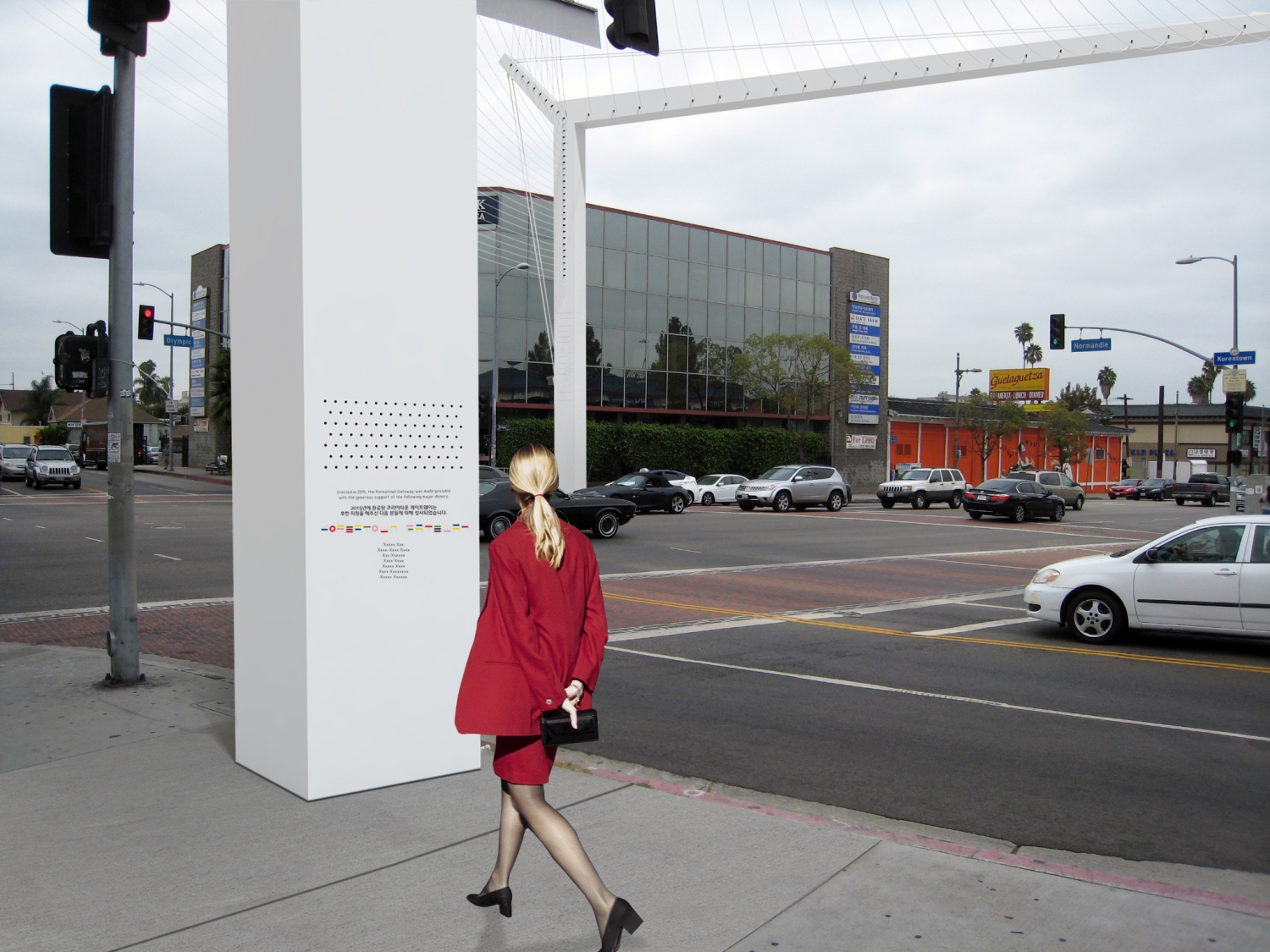 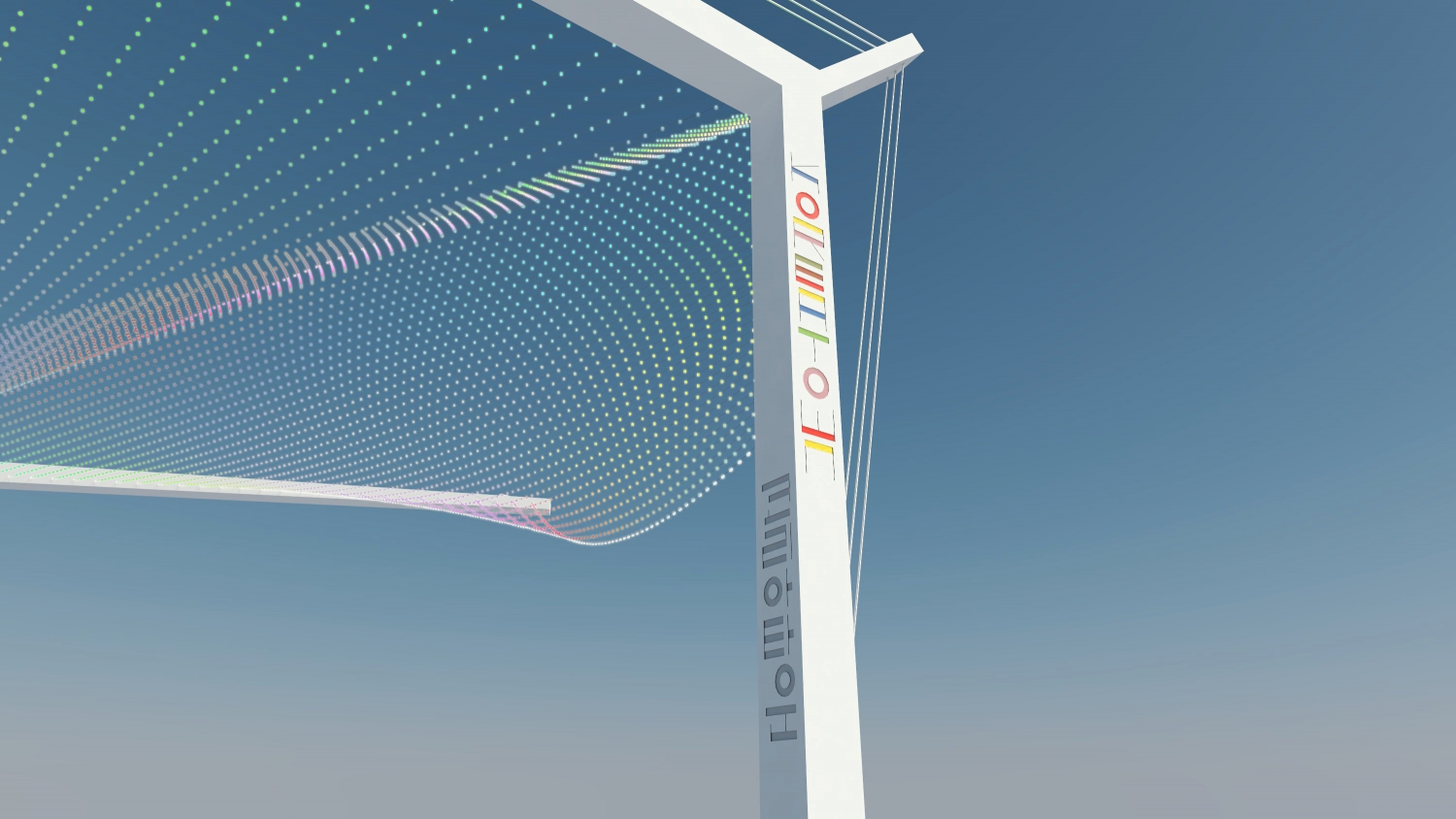 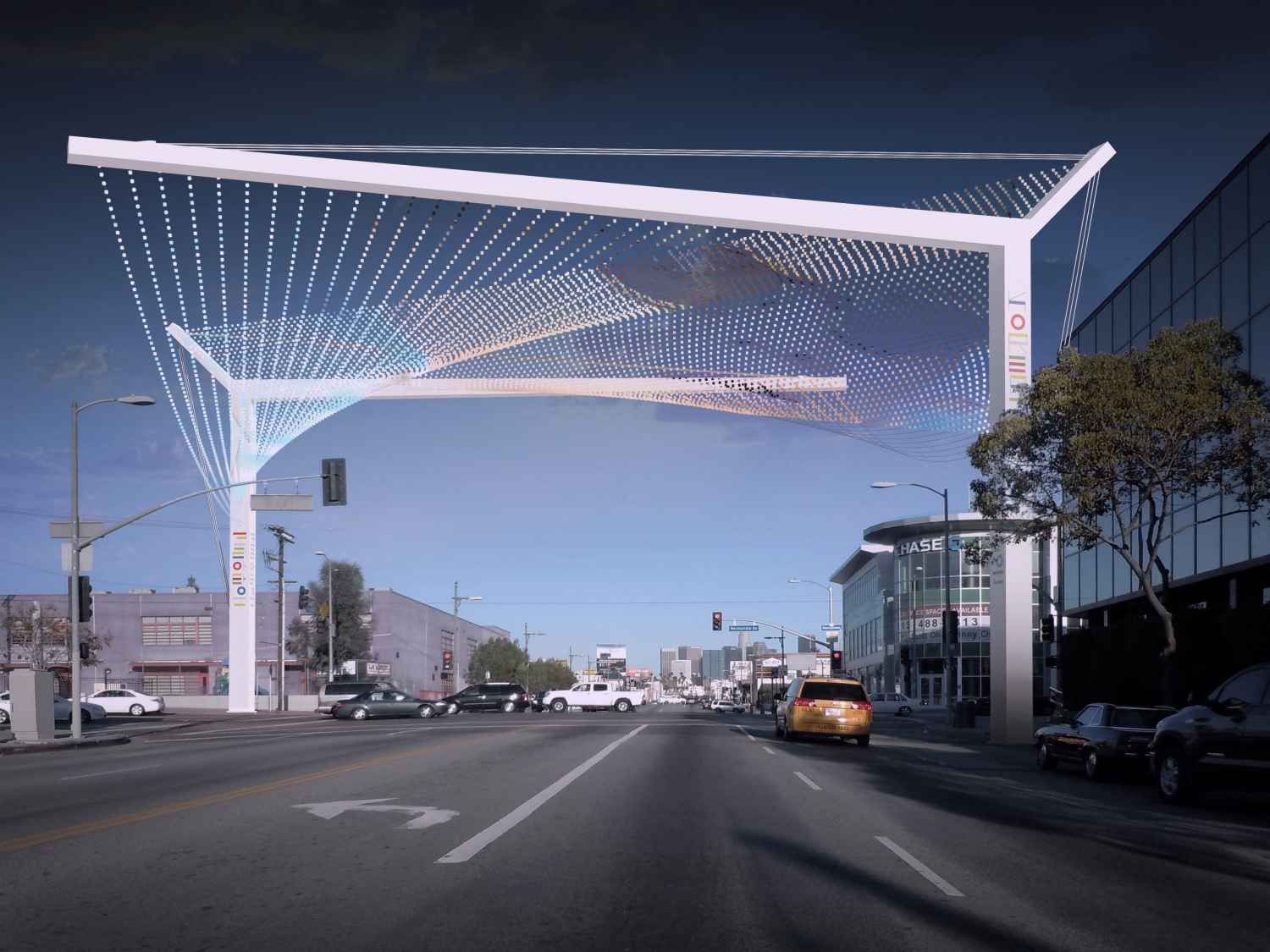 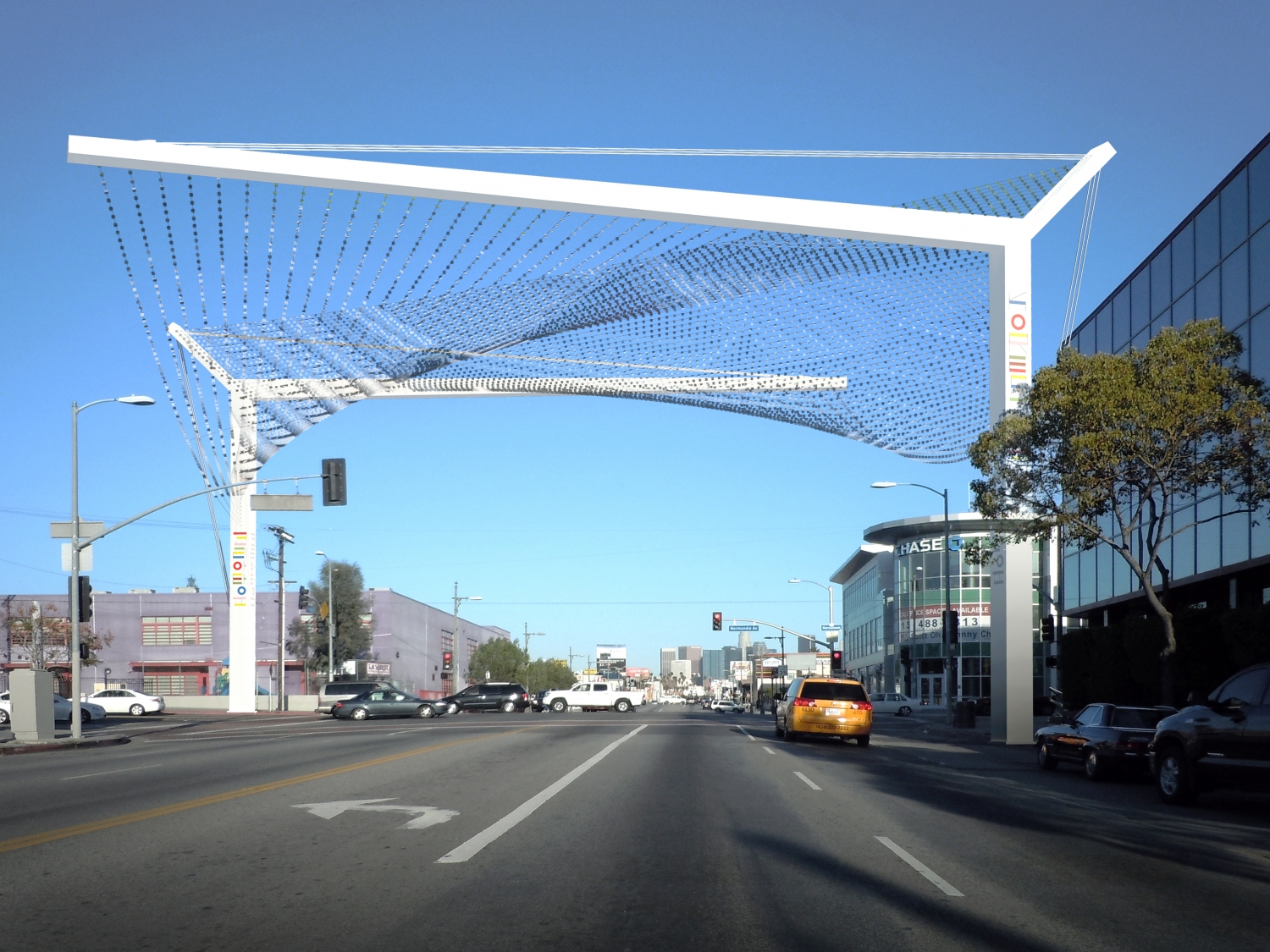 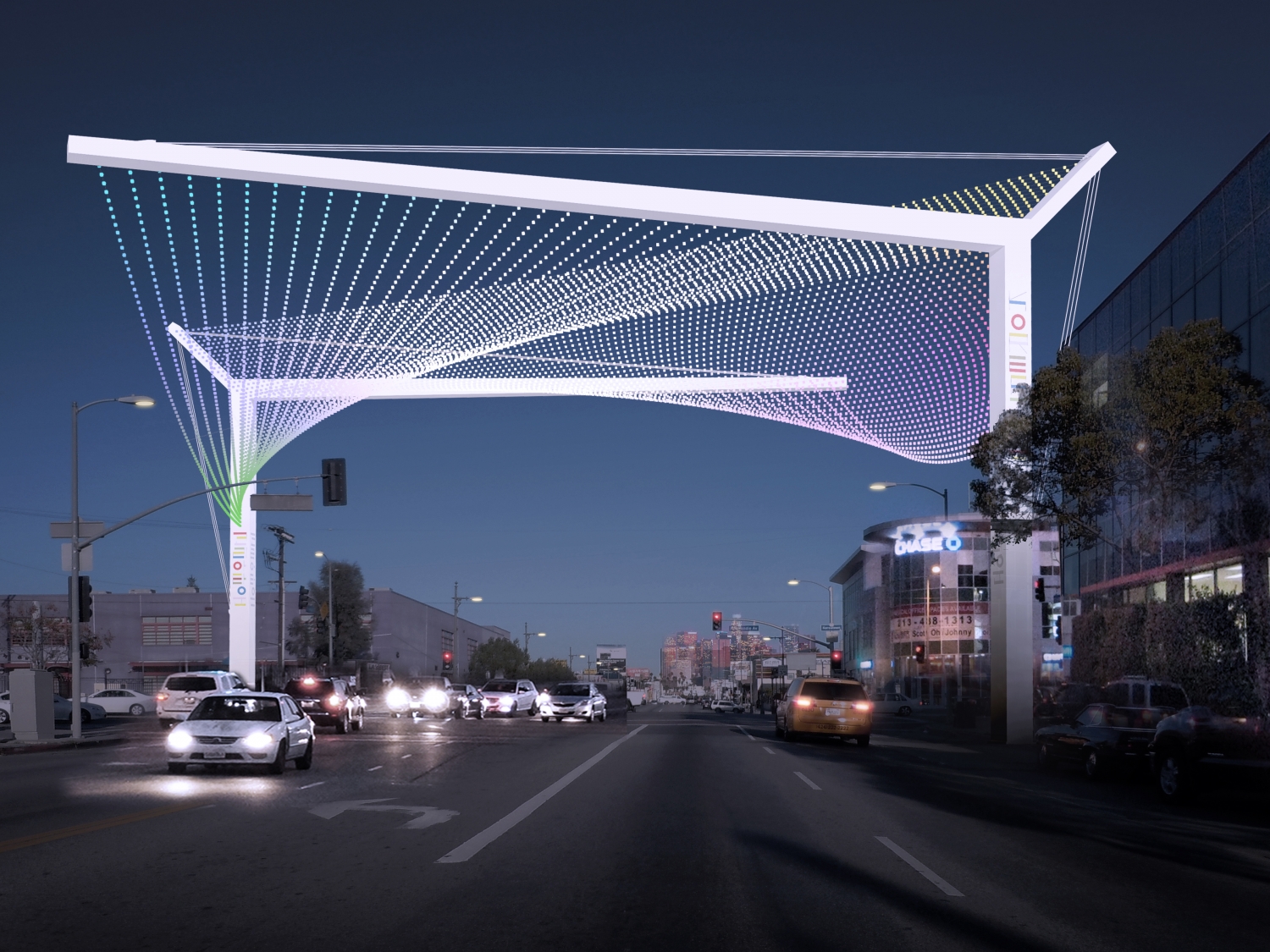